98. oldal
faced , laughing , dressed in white asked the Captain , indicating a , shorts and sandals , and British low promontory near which an as they come . orange - sailed junk was drifting Our patrol , few days quietly . “ Safe for me to close ...
103. oldal
Midships , eral cacophony , proclaims that hard - a - port , ” snipers ashore are joining in the comes the cool order , and the fight , so close are we . A hit on ship pauses , heels , and heads our forecastle ; a battery obliter- for ...
338. oldal
... he Rochester , Ipswich or Faver- would have made Gravesend sham which had missed the tide , and his bed in Greenwich but had anchored close in under the for the lack of visibility , shore , well out of the fairway . 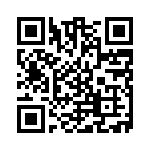