49. oldal - SIR EDWARD SEAWARD'S NARRATIVE OF HIS SHIPWRECK, and consequent Discovery of certain Islands in the Caribbean Sea: with a detail of many extraordinary and highly interesting Events in his Life, from 1733 to 1749. as written in his own Diary. Edited by Miss JANE PORTER.
1796 és 2006 között 422 könyvben jelenik meg
31. oldal - Orpheus Caledonius, or a Collection of the best Scotch Songs set to Musick by W.
1844 és 2006 között 40 könyvben jelenik meg

Joanna Baillie was born in Glasgow, Scotland, in 1762, into a serious and religious family. She was educated in a girls' boarding school. Baillie moved to London in 1783, when her brother inherited the school of anatomy and museum founded earlier by their uncle, William Hunter. Although only five of her plays were produced during her lifetime, Joanna Baillie's 22 plays on the passions were published between 1798 and 1812, supposedly initiated a revival of the drama during the romantic period. Baillie's home in Hampstead, which she shared with her mother and unmarried sister, attracted the most famous writers in England, including Coleridge, Byron, Southey, Landor, and her staunchest advocate, Sir Walter Scott. According to the introduction that she wrote to the plays, each play was written to demonstrate the inner struggle of an individual with a dominating passion. Although actors may have found the opportunity in her plays to present emotions such as boundless anger, jealousy, pride, and revenge, plays about single passions were too monotonous, subtle, introspective, and philosophical for contemporary taste. While the plays were written in unfashionable blank verse, the psychology was interesting-to see how people with dominant passions respond to crises, the way in which they reveal or fail to reveal intense feelings in intimate situations. Baillie contributed to the development of a secular morality suited to a stage from which religion and religious texts had been banished. In addition, she translated contemporary theories of human behavior into drama. The mystery of Joanna Baillie was how anyone from such a sheltered environment and with such limited experience could conceive of the vast range of material from which she created her dramas. 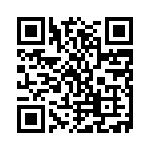