278. oldal
The raison d'être having been fully enacted , that the Body of every person convicted of explained , the following remarks may perhaps , be Murder shall , after Execution , either be dissected or hung in Chains , as to the Court which ...
330. oldal
The word occurs in Havelok , lines 779 tain exactly how far the jurisdiction of this ancient and 878 , and the plural wastels looks as if the word court extended , I wrote to a well - known solicitor was at home here at the end of the ...
331. oldal
Court , wherein the steward of this borough will be ready battle between two contending gipsy clans , the of the said fair , it is determinable by a Pye.powder At p . 395 Mr. Hunter gives an account of a great to perform his part . 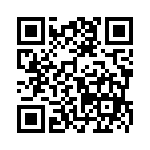