69. oldal
The one half , which was one hundred and twenty on St John's Eve , the other half on St Peter's Eve , in bright harness , some overgilt and everyone a joinet ( or cloak ) of scarlet thereupon and a chain of gold , his henchman following ...
76. oldal
My neighbour had been one of her beneficiaries : he bought his building land in Magna Graecia at four hundred lire the square metre , and the plot which cost him the equivalent of £ 80 in 1948 was , according to his own estimate , worth ...
147. oldal
... a mention by the B.B.C. In the six o'clock news that evening we heard that the search for the Victor bomber had , so far , cost £ 1 million , and the number of pieces recovered already amounted to over a hundred and fifty thousand . 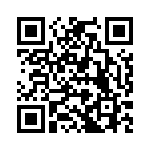