I love the cover on this book. It makes me think of rainbows. However, there has not been a cover I do not like in this series. This book reminds me of the Second Coming of Christ. How only a chosen ... Teljes értékelés elolvasįsa

This was quite good (3.5 stars) as a set up for the series & I must admit that I was far more interested in the actual planning of the Exodus & journey to Aurora from the technical to the societal ... Teljes értékelés elolvasįsa

David Grossman was born in Jerusalem on January 25, 1954, is an Israeli author of fiction, nonfiction, and youth and children's literature. His books have been translated into many languages. He is most known for his non-fiction work, The Yellow Wind. This is his study of the Palestinians in the Israeli-occupied West Bank and Gaza Strip. He was awarded the Prime Minister's Prize for Hebrew literature (1984) and the Israeli Publishers Association Prize for best Hebrew novel (1985). Grossman lives in Mevasseret Zion on the outskirts of Jerusalem. He is married to Michal Grossman, a child psychologist and the mother of his three children. 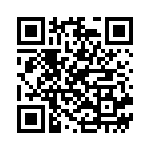