37. oldal
Here Reusner gives Aleida as wife of Henry , Charles , Adeliza was thus sprung on both sides which contradicts his other two statements , but from the imperial line of Charlemagne . throws no light on Josceline .
243. oldal
Spensierato tuffarsi ...... siccome King Henry V . , ' IV , viii , Lo sposo nel convito . I. ij , To the fallen Desiderio , who plagues him with The image was probably suggested to the poet by prayers , Charlemagne says with scorn ...
387. oldal
Linstede surrendered the priory to Henry VIII . in 1540 , and received a pension . Thirty - two Detail . - In military use this word occurs both priors , with no monument or relic to which we can as substantive and verb ; in the latter ... 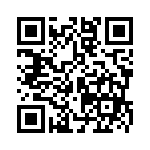