RICHARD FRANCE teaches at the University of Southern California. His many plays include The Image of Elmo Doyle, contained in the Best Short Plays of 1979, the dramitization of One Day in the Life of Ivan Denisovich, and Station J, winner of the 1982 Silver PEN award. He has previously taught at Brown University and Lawrence University and his book The Theatre of Orson Welles was a Choice selection for Most Outstanding Academic Books of 1978. 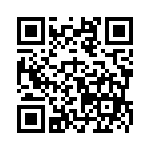