251. oldal
We waited for the two other parties to catch up , and it was then decided , in view of Alfons's handicap , that Biner's rope should henceforth lead the way , and that the three parties should keep close together .
372. oldal
I alter course again , back to 300 ¯ , bringing the unknown fine on the port bow , and the edge of the channel much too close to starboard for comfort . However , if the alternative is danger of collision , then the risk of running the ...
413. oldal
It was also widely known that Senµr Juarez had composed a poem , and a few close friends of his had heard this poem recited , but only after a lot of persuasion on their part and a lot of vinos on the part of Senµr Juarez . 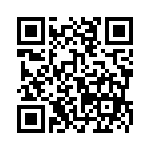