Though the teacher-scholar is supposed to be the ideal in American higher education, only a few individuals actually attain that status. The late Frederick B. Artz was one of them.

Artz's original interest was intellectual history, but his teachers in graduate school regarded that new field with suspicion and urged him to specialize in something more traditional. Accordingly, his first two books were in straight political history and made him a leading authority on early nineteenth-century Europe. After that Artz felt free to return to his first love.

The results were his celebrated course, "European Intellectual History from St. Augustine to Marx," and a series of six books (including this one) on the history of ideas. 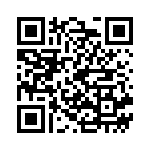