For me, the jewel here is Stephen King's "The Things They Left Behind". It's a poignant tale of a man and his post 9/11 experiences. Of course, as it is Mr. King, it's a tad creepy, but it really pulled at my own heart strings. For all of the characters. Even Mr. Yow, Git Down. Teljes értékelés elolvasása

Transgressions contains 10 novellas by well-known and loved authors. My favorite stories belonged to Stephen King dealing with things left behind in a man's care by co-workers who died on 9-11; Joyce ... Teljes értékelés elolvasása

ED MCBAIN is also know as Evan Hunter. His writing career has spanned almost five decades, from his first novel, THE BLACKBOARD JUNGLE, in 1954 to the screenplay for Alfred Hitchcock's THE BIRDS to CANDYLAND, written in tandem with his alter ego, Ed McBain, to his most recent novel, THE MOMENT SHE WAS GONE. He is the first American ever to receive the Diamond Dagger, the British Crime Writers Association's highest award. He also holds the Mystery Writers of America's prestigious Grand Master Award. His most recent 87th Precinct novel was MONEY, MONEY, MONEY. Evan Hunter / Ed McBain has lived in Weston, Connecticut with his wife Dragica for the last five years. 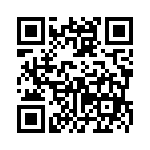