22. oldal
The wicked scoffer, unbeliever, and tyrant Maccuill, being converted by a miracle
of Patrick's, confesses to the saint that he had tried to murder him and asks him to
pass judgement. Patrick answers: 'Non possum iudicare sed Deus iudicabit'.
202. oldal
The tale is of an extremely wicked petty king, called Mac Cuill moccu Greccae.
We are told he was nicknamed Cyclops: in early Irish tales, to be a one-eyed king
was to be fundamentally blemished, inherently unjust, unworthy of ruling.42 ...
203. oldal
One of the bandits lies down in the road and feigns death, and Mac Cuill tell
Patrick that he has fallen ill, and, mockingly, tries to get him to heal the man. They
find the man is indeed dead, and Mac Cuill reacts in shock. Mac Cuill repents,
and ...

Wooding is a historian who is currently an Irish-Australian Exchange Scholar at University College in Dublin, Ireland. 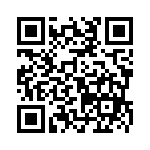