55. oldal
It was no use . the river , and the alarming The constructing of rafts went thing was that when we eventuon , and several of those could ally reached the island they be seen crossing to the other would be firing almost straight bank .
151. oldal
But here we had a force , till the open plains were reached , advancing on the narrowest known front , that of one man ; in fact , in single file . Transport , at the outset , could therefore not be unlimited , for the length of a line ...
461. oldal
A further drop of Europe . the barometer and worsening Presently , when the fire died weather decided us to return low , the stationmaster pro- to Mürren , which we reached duced a large tin filled with on the evening of 2nd January ... 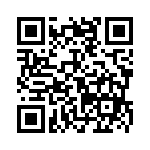