51. oldal
Soon after this day , he went to Bath with Mr. and Mrs. Thrale . I had never seen that beautiful city , and wished to take the opportunity of visiting it , while Johnson was there . Having written to him , I received the following ...
155. oldal
All grief for what cannot in the course of nature be helped , soon wears away ; in some sooner , indeed , in some later ; but it never continues very long , unless where there is madness , such as will make a man have pride so fixed in ...
482. oldal
From Mr. Langton I received soon after this time a letter , of which I extract a passage , relative both to Mr. Beauclerk and Dr. Johnson . ' The melancholy information you have received concerning Mr. Beauclerk's death is true . 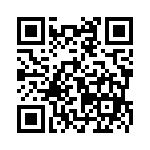