Published in 1920, this is a collection of short stories set among the Jewish immigrant community of Manhattan's Lower East Side. The privations and the struggle to survive are paramount- poverty ... Teljes értékelés elolvasása

The writing was quite simple, but it gave an excellent picture of the life of immigrants to this country in the 1920's. It provided much for me to think about, and I wonder whether immigrants have it ... Teljes értékelés elolvasása

Anzia Yezierska (1882-1970) was born in Poland and came to the Lower East Side of New York with her family in 1890 when she was nine years old. By the 1920s she had risen out of poverty and become a successful writer of stories, novels; all autobiographical; and an autobiography, Red Ribbon on a White Horse (Persea). Her novel Bread Givers (Persea) is considered a classic of Jewish American fiction. Her acclaimed books also include How I Found America: Collected Stories and The Open Cage. She died in 1970.

Blanche H. Gelfant is a scholar and critic of 20th century American literature. Gelfant is the recipient of the Jay B. Hubbell Medal for lifetime achievement in American literary scholarship. Her books range from Cross-Cultural Reckonings: A Triptych of Russian, American, and Canadian Texts, to Women Writing in America: Voices in Collage, and the pioneering study The American City Novel. She is the Robert E. Maxwell Professor of Arts and Sciences and Professor of English Emerita at Dartmouth College. 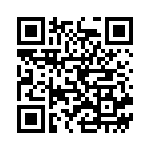