46. oldal
... I had heraldry to be sure that the Sicilian Dukedom not seen Mr. Nichols's interesting paper " On the carried with it a coronet exactly like that of a Seals of the Earls of Winchester " ( Winchester British compeer .
392. oldal
The following passage of the story , depriving the action , as it does , of its is interesting in relation to this matter , although it from Feudal Castles of France , Western Provinces , sole motive . would be much more so if the ...
399. oldal
586 ) , says that in the first edition most interesting voyage to the United States , as of “ Summer ” there were two bathers , Amoret and secretary of his excellent friend , Mr. Joshua Bates , Saccharissa . I have never seen the first ... 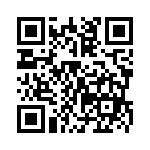