Far too pompous and long winded. Some accuse Auden of making things too common and accessible. Not only do I not agree that that is possible, I certainly do not agree he did it. Not in this book of ... Teljes értékelés elolvasása

Lectures on Shakespeare delivered by British poet and critic Auden in 1946 at the New School for Social Research in New York, carefully reconstructed by Kirsch from students' notes.While Auden ... Teljes értékelés elolvasása

Arthur Kirsch, Alice Griffin Professor Emeritus at the University of Virginia, is the author of many books, including The Passions of Shakespeare's Tragic Heroes and Shakespeare and the Experience of Love, and the editor of several others. 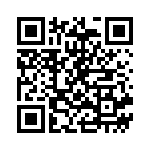