Puff takes place on the night of a severe blizzard in Boston during the 1970s. John and Gully Sullivan masquerade as Red Cross rescue personnel in order to maneuver around the city, trying to score a ... Teljes értékelés elolvasása

Bob Flaherty was born and raised in Boston and its surrounding towns and now lives in Western Massacusetts with his wife Annemarie, with whom he operates a birthday party business. They have 3 sons. Bob has, at various times, been an actor, a director, a cartoonist, a sportscaster, a talk show host, a tour guide, a storyteller, a disabled bus driver, a master of ceremonies, a hanger of gutters, a singer of national anthems and a baseball coach. 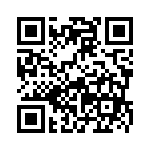