229. oldal
His analytical ability is noteworthy and was probably due to his solid background
in classical learning. Chao's contributions to literary theory stem primarily from his
theories of prose. He believed that content is essential to writing and that ...
301. oldal
As new nations formed, they gradually shifted their writing to the vernacular, but
by the time this later phenomenon occurred, the vernacular was heavily overlaid
with borrowings from the classical. Images and themes drawn from the literature ...
303. oldal
With the institutionalization in the Edo period (1615-1868) of Neo-Confucianism
as the state creed came an unprecedented demand for Chinese literature of all
varieties ranging from classical exegeses and encyclopedic compendia to ... 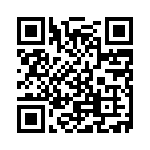