115. oldal
I extent , which was rapidly growing was going to give the rain another smaller . half - hour : if it had not stopped When I reached the house my then I should let the animals out to sister had some hot coffee waiting take their chance ...
339. oldal
Near the hotel , we stopped to strap on crampons , a task requiring delicacy to avoid getting fingers frozen to the metal . Then we set off up the iron - hard snow . The mist thinned , dispersed , and suddenly , magically , peaks ...
450. oldal
Very kind of him , and now , if only I can stop laughing long enough , I'll say – no , thank you ... The truck's engine had stopped , and even the grasshoppers , it seemed , kept silent through that last dreadful cataclysm . 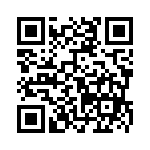