Carter Revard is the author of three collections of poetry and a professor emeritus of English at Washington University, he lives in St. Louis. 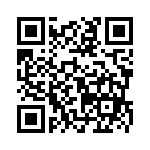