253. oldal
The wind was contrary until 26th October , when it suddenly shifted , allowing the Portsmouth fleet to sail ; but , before it reached Torbay , so violent a gale was encountered that it was completely dispersed , some ships getting into ...
255. oldal
Although the wind continued to be favourable , the Commodore did not make best use of it , and proceeded with shortened sail , awaiting , according to rumour , the arrival of two more men - of - war for the escort .
256. oldal
Between eight and nine o'clock in the morning we had the signal to sail , and in an hour the whole of the transports were under sail . At this time we had twelve men - ofwar of the line , besides frigates , bombers , and their tenders ... 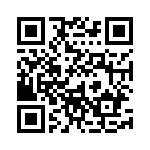