190. oldal
Jacob Conklin , Urbana , best I bushel early Goodrich potatoes . R . Garner , best
4 bushel Early Rose Potatoes . . . . Mrs . E . Mayhew , Uhricbsville , best and
earliest potato ( sworn statement furnished , stating time when they were ready
for ...
337. oldal
The early wheat suffered much from the effects of the drought , in sprouting and
coming up - and in some sections of the country from the “ fly ” — while the late
sown grain sprouted better , and has a better stand , and from the long continued
...
446. oldal
The history of the breed is substantially this : As early as 1820 we had , in
southwestern Ohio , two breeds of hogs which were believed to be an
improvement upon former breeds . There was also another breed of hogs called
the Bedfords . 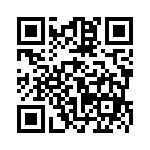