54. oldal - Finite, weak, and blind creatures, we ought to humble ourselves in his august presence, and, conscious of our frailties, adore in silence his infinite perfections, which eye hath not seen, ear hath not heard, neither hath it entered into the heart of man to conceive them.
1809 ťs 2008 kŲzŲtt 246 kŲnyvben jelenik meg
141. oldal - Nothing is demonstrable, unless the contrary implies a contradiction. Nothing, that is distinctly conceivable, implies a contradiction. Whatever we conceive as existent, we can also conceive as non-existent. There is no being, therefore, whose non-existence implies a contradiction.
1826 ťs 2008 kŲzŲtt 98 kŲnyvben jelenik meg
TovŠbbiak
80. oldal - The declared profession of every reasonable sceptic is only to reject abstruse, remote and refined arguments; to adhere to common sense and the plain instincts of nature; and to assent, wherever any reasons strike him with so full a force, that he cannot, without the greatest violence, prevent it.
1779 ťs 2008 kŲzŲtt 52 kŲnyvben jelenik meg
53. oldal - Look round the world : contemplate the whole and every part of it : You will find it to be nothing but one great machine, subdivided into an infinite number of lesser machines, which again admit of subdivisions to a degree beyond what human senses and faculties can trace and explain. All these various machines, and even their most minute parts, are adjusted to each other with an accuracy which ravishes into admiration all men who have ever contemplated them.
1779 ťs 2007 kŲzŲtt 213 kŲnyvben jelenik meg
92. oldal - If the material world rests upon a similar ideal world, this ideal world must rest upon some other, and so on without end. It were better, therefore, never to look beyond the present material world. By supposing it to contain the principle of its order within itself, we really assert it to be God; and the sooner we arrive at that Divine Being, so much the better.
1817 ťs 2008 kŲzŲtt 96 kŲnyvben jelenik meg
65. oldal - But the ideas in a human mind, we see, by an unknown, inexplicable economy, arrange themselves so as to form the plan of a watch or house. Experience, therefore, proves, that there is an original principle of order in mind, not in matter. From similar effects we infer similar causes. The adjustment of means to ends is alike in the universe, as in a machine of human contrivance. The causes, therefore, must be resembling.
1779 ťs 2008 kŲzŲtt 83 kŲnyvben jelenik meg
89. oldal - A mind, whose acts and sentiments and ideas are not distinct and successive ; one, that is wholly simple, and totally immutable, is a mind which has no thought, no reason, no will, no sentiment, no love, no hatred ; or, in a word, is no mind at all.
1788 ťs 2008 kŲzŲtt 68 kŲnyvben jelenik meg
Kevesebb

William Lad Sessions is Ballengee 250th Anniversary Professor of Philosophy and Chair of the Philosophy Department at Washington and Lee University. He is author of The Concept of Faith. 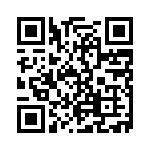