138. oldal
In England, the Latin schools became affiliated to the universities; the colleges at
Oxford and Cambridge were ... It was only on leaving the grammar school, at
about fourteen, that the young Englishman was sent to Oxford or Cambridge.
155. oldal
Thus, early in the fourteenth century, in Navarre College, there was an
independent grammar school. Similarly in England, at Winchester (1379), next to
a college of students of law, of the arts (logicians) and of theology, William of
Wykeham ...
275. oldal
We can therefore regard these schools not as primary schools, since they were
intended mainly for choirboys, but as the beginnings of the Latin school or
grammar school. However, the cathedral chapters, which held the monopoly of
school ... 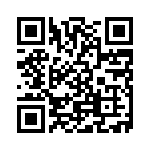