179. oldal
The implicatures may be either reinforced by the context ( first clause option ) , or
canceled ( second clause option ) . Thus , in summary , perfective aspect makes
accomplishments and achievements bounded . without the need of adverbial ...
247. oldal
1 ) Yiqtol , as other imperfectives cross - linguistically , has a general future
meaning in a future context ( see Bybec , Perkins , and Pagliuca 1994 : 275 – 76 )
. The case is the same in English where the present verb , which Bybee , Perkins
...
260. oldal
Rather , referring to the foregoing context of narrated past events , ieee +
imperfect indicates this context as approximately the time when , the time or
circumstances in the course of which , or the occasion upon which the action
designated by ... 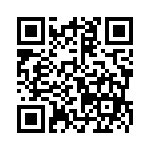