31. oldal
A large bright streak , or facula , was observed to run , as usual , nearly parallel to the sun's edge for some distance , and very near it , and then to turn rather abruptly towards the edge and pass over it .
32. oldal
... observed from July 25th , 1862 , to August 4th , when it passed off the disc , by the Rev. F. Howlett . When first noticed this group had already advanced a considerable distance upon the sun's surface .
34. oldal
In them , as observed by all three astronomers , the appearances of the spots , penumbræ , and faculæ are of an unusual character , including in one of them , as observed on successive days by Mr. Howlett and Prof. 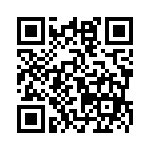