213. oldal
Thus, given the forms qittálto, qittálti, qittàlnu, etc., that result from Philippi's Law,
the third person *qittil, unaffected by the sound rule, was nevertheless simply
replaced by qittal in many instances,” though obviously not in Peeters, 1982) 65–
66, ...
215. oldal
epsilon in such hexaplaric forms regularly reflects early short *i,” and since
neither Philippi's Law nor the qataat > qitaat dissimilation operates in the
hexaplaric “dialect,” these forms, as noted by Lambdin, “unambiguously require *
qittil- and not ...
216. oldal
The C of geminate verbs (§ 2.4), hesab, shows the effect of Philippi's Law, while
forms such as 2d masc. sing. h"sibboto preserve the original second vowel; forms
like heseb are then based on the latter, through paradigmatic leveling, so that ... 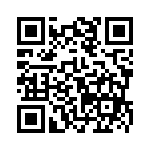