Sarah Foot is the Regius Professor of Ecclesiastical History at Christ Church, Oxford. She is the author of Æthelstan: the First English Monarch (2011); Monastic Life in Anglo-Saxon England, c. 600-900 (2006) and has written widely on perceptions and uses of the past in the early medieval West.; Chase F Robinson is Distinguished Professor and Provost of the Graduate Center, The City University of New York. A specialist in early Islamic history and historiography, he is the author or editor of several books, most recently The New Cambridge History of Islam, Volume 1: The Formation of the Islamic World, Sixth to Eleventh Centuries (2011, ed). 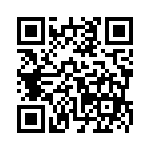