43. oldal
QUERIES married Katherine daughter of John Jobson of Monkwich . Essex , by Ellen , daughter of Sir Richard Pexall . ( Wrongly given in the Visit . of Essex as " Persall Jobson , " ) She married secondly Sir Ralph Sydley , knighted 1603 ...
206. oldal
A NATURAL DAUGHTER OF JAMES II . Is there any information available concerning a daughter of James II ( ? Barbara ) , who became a nun ? What was her history ? What were the places and dates of her birth and death ?
390. oldal
18 , 1774 , Franklin referred to Mrs. Foxcroft as my daughter . Hence a plausible case is made out . But two considerations will , I think , cause impartial persons to reach a different conclusion , First , Miss Osgood's marriage ... 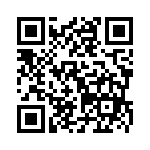