Brian Friel was born Bernard Patrick Friel on January 9, 1929 in Killyclogher, Northern Ireland. He graduated from St. Patrick's College. He spent a decade teaching mathematics in Londonderry after deciding that he did not want to become a priest. He gained confidence as a writer when his short stories began to be published in The New Yorker. He has published several volumes of short stories including A Saucer of Larks, The Gold in the Sea, and Give Me Your Answer, Do! However, he was better known for writing plays. His plays include Philadelphia, Here I Come!, The Freedom of the City, Faith Healer, Molly Sweeney, The Home Place, Translations, and Wonderful Tennessee. Aristocrats won Best Foreign Play Award from the New York Drama Critics Circle and Dancing at Lughnasa won a Tony Award for best play in 1992. He also translated several plays written by Anton Chekhov and Ivan Sergeyevich Turgenev. He died on October 2, 2015 at the age of 86. 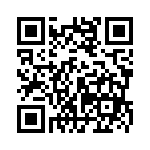