165. oldal
The number of boarders remained absurdly small: particularly the number of
scholars, the only one we know for certain. At Navarre, in 1304, there was
provision for only twenty scholarships in grammar, thirty in arts and twenty in
theology.
274. oldal
12 In Geneva College, which Cordier describes,13 apart from the master's
boarders there were the 'tenants' who hired rooms in college where they ate.
Sometimes several tenants occupied one room; they attended the classes, but
were not ...
283. oldal
Up to 1870, boarders in lycees, or in pensions which sent their pupils to classes
in lycees, represented over 80 per cent of the total number of pupils. The day-
boys were reduced to a small minority, between 10 and 1 5 per cent, in other
words ... 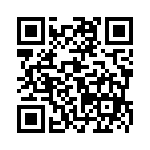