13. oldal
I do not know the quarto pamphlets mentioned by DR . Cock , nor have I found any contemporary mention of a plumber or a leaden coffin . But the Moderate intelligencer says the King's body was placed in a coffin of no great value ...
228. oldal
No Dampiers appear in Somerset before the end of the fifteenth century , but , in the Lay Subsidy Rolls of 1544 , Dampiers are mentioned not only at Lovington , but in Weston Bampfield , Rimpton and Lymington , parishes lying to the ...
365. oldal
The phrase is mentioned in The Oxford English Dictionary , ' s . v . born , ' but no quotation from literature is given , and no explanation is offered . According to Halliwell , the phrase means ' to be very rich . 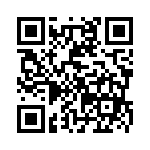