57. oldal
Someone was tolling the old chapel ' s bell , Manuel . I heard it distinctly . It must
be the patroncito . Something has happened — a puma , I think . He is sending a
signal . He may be hurt . Vamos , hombre ; get my horse quickly , and yours too .
99. oldal
Even his speech was aimed to pass to one side of you . And when you answered
, the eyes took on a vague look while he weighed your words . “ I don ' t think the
barometer will warn us in time , sir , ” Fenner heard himself saying .
243. oldal
I tilted the bottle . afterwards , some weeks or perhaps He came undulating out ,
glided to the months later , that we heard of the bottom , and raised his proud
horse ' s death of a white woman who had head like an aristocrat reprieved from
... 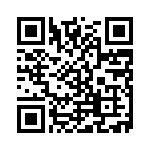