William H. Nienhauser, Jr. is Hall-Bascom Professor of Chinese Literature at the University of Wisconsin. In 1979 he helped found the journal Chinese Literature: Essays, Articles, Reviews (CLEAR), which he continues to edit. Among his publications are articles in a number of major journals as well as several books, including The Indiana Companion to Traditional Chinese Literature, Volume I.

Charles Hartman is the author of Han Yu and the T'ang Search for Unity as well as numerous articles on T'ang and Sung literature. He is Professor of East Asian Studies at the University of Albany.

Scott W. Galer studied at Brigham Young University and the University of Colorado and is now working on a reconstruction and analysis of the first comprehensive Shi chi commentary. 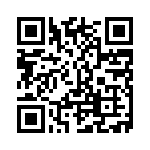