73. oldal
This play , thus bargained for by Henslowe , appears to have been subsequently called Agamemnon . The probability is , that the rival company at the Globe had , about the same period , brought out their own Troilus and Cressida ...
74. oldal
The proprietors of the Globe Theatre were clearly hostile to the publication of Shakspere's later plays ; and , in fact , with the exception of Lear , and Troilus and Cressida , no play was published between 1603 and Shakspere's death .
75. oldal
Shakspeare ( as I hinted ) , in the apprenticeship of his writing , modelled it into that play which is now called by the name of Troilus and Cressida . " We shall have occasion to revert to Dryden's opinion of this play , and to his ... 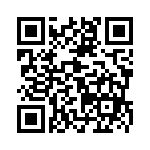