32. oldal
Mr. Alan Lennox - Boyd , Minister of Transport and Civil Aviation , speaks at Ronaldsway Airport , during the dinner which followed the official opening , earlier in the day , of the new terminal building . Last August , Ronaldsway was ...
36. oldal
It will be interesting , too , to see how Air Traffic Control deals with these increased frequencies and how the operations are fitted into the pattern of normal traffic . early in the history of British civil aviation .
64. oldal
The Minister added that it was not yet known when Windsor Field would be re - opened as a civil airport , but the Air Ministry might , without payment , resume possession of its assets there if the transfer of the civil airport from ... 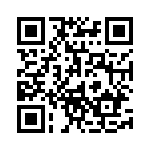