163. oldal
A retired major , who was doing the same sort of thing , lent me a half - share of his secretary and I rented a garret above his office . My main job as an agent was conducting the local affairs of the principals which , by geography ...
471. oldal
In fact , it would seem that the only thing which , in the last analysis , holds us all together , is a community of experience , the fact that we were at one time all part of the same show , even if we are not now .
502. oldal
Stolen by a French beauty of the thing was its raison soldier , in sober fact , from the eye of d'être for me and it is incidentally an idol . The Koh - i - noor , central the reason for diamonds having since 1911 in the Queen's state ... 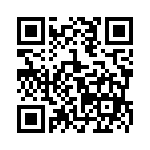