Anderson looks at the concept of "detachment" in a range of Victorian texts, both literary and critical, especially those by Charles Dickens, George Eliot, Matthew Arnold, and Oscar Wilde. One of the ... Teljes értékelés elolvasása

Amanda Anderson is Professor of English at The Johns Hopkins University and the author of Tainted Souls and Painted Faces: The Rhetoric of Fallenness in Victorian Culture. 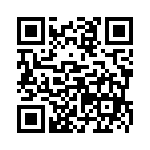