An odd little book in which some wonderfully lucid science is juxtaposed with the quaint archaism of King James bible passages. I found most of the author's theology difficult to penetrate, but her ... Teljes ťrtťkelťs elolvasŠsa

Evolution and Christian Faith: Reflections of an Evolutionary Biologist

Roughgarden, a Stanford biologist and author ofEvolutionÃƒ¬¯Ã‚¬¿Ã‚¬½s Rainbow , sees no conflict between biblical accounts of creation and the biological principles of evolution that she has taught ... Teljes ťrtťkelťs elolvasŠsa

Joan Roughgarden is professor of biological sciences and of geophysics at Stanford University. Her many books include Evolution's Rainbow (University of California Press, 2004), Primer of Ecological Theory (Prentice Hall, 1995), and Theory of Population Genetics and Evolutionary Ecology (Macmillan, 1979). She is a fellow of the American Academy of Arts and Sciences. 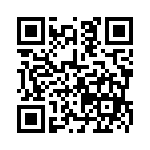