3. oldal
This love interchange of the cosmic lovers is light, scintillating light, that ripples across the warp and woof of the whole creation and seals our souls in ...
10. oldal
A charge of light and indescribable joy passed through my body, traveling like a loop of electricity from my head to my feet and back again.
11. oldal
Her Presence was resplendent with the light she had adored and become. It was evident that by her meditation upon the macrocosm, she had become something of ...
12. oldal
That denial effectively closes off to the children of this generation the rising fountain of purity that is the Mother light within their own temples.
13. oldal
I was bowing to the light within her, the light of the one God that had manifest itself to me in the Person of that Mother whom Mary had become.
KŲvetkezű »

50. oldal - Then said Mary unto the angel, How shall this be, seeing I know not a man ? And the angel answered and said unto her, The Holy Ghost shall come upon thee, and the power of the Highest shall overshadow thee : therefore also that holy thing which shall be born of thee shall be called the Son of God.
1732 ťs 2008 kŲzŲtt 893 kŲnyvben jelenik meg
50. oldal - Fear not, Mary ; for thou hast found favour with God. And behold, thou shalt conceive in thy womb, and bring forth a Son, and shalt call His Name JESUS. He shall be great, and shall be called the Son of the Highest; and the Lord God shall give unto Him the throne of His father David.
1755 ťs 2008 kŲzŲtt 574 kŲnyvben jelenik meg
TovŠbbiak
47. oldal - I will bless the Lord at all times : His praise shall continually be in my mouth. My soul shall make her boast in the Lord : The humble shall hear thereof, and be glad.
1735 ťs 2008 kŲzŲtt 765 kŲnyvben jelenik meg
Kevesebb 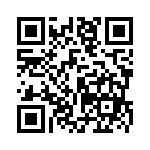