255. oldal
All I really had to fear was that some watcher , who had been lying in wait till that moment , laughing up his sleeve , would rise from the ground and clap his hand on me once I was fairly at the fishing . But I had watched for an hour ...
292. oldal
As today , a good hunt was able to dispel all worries , and the Squire found that thought of his daughter Sophia , the cause of his troubles , never once intruded itself ' to allay the satisfaction he enjoyed in the chase ' .
490. oldal
Two by two the queue came , to look silently at the few feet of earth assigned to a man once mortal , who for thirty years had ruled Soviet Russia more cruelly than any Tsar since Ivan the Terrible , the first Tsar , who died in 1584 ... 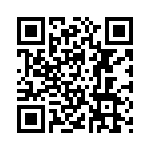