Richard Littlejohns is Emeritus Professor of Modern Languages at the University of Leicester, where he is currently Director of the Institution-Wide Languages Programme in the School of Modern Languages. His research centres on German literature and the visual arts between 1750 and 1850. He co-edited the critical edition of the works of W.H. Wackenroder and is the author of a volume of Wackenroder-Studien (1987). He has written on Tieck, Novalis, August Wilhelm and Friedrich Schlegel, Philipp Otto Runge, Görres, Eichendorff, Goethe and Schiller amongst other authors. He is at present writing a chapter on painting for the Cambridge Companion to German Romanticism.
Sara Soncini holds a PhD in English from the University of Genoa and is Research Associate at the University of Pisa. She has published essays and articles on contemporary British drama, Restoration and Eighteenth-century theatre, stage and screen translation. She is the author of a volume on present-day rewrites of Restoration drama, Playing with(in) the Restoration (1999), and co-editor of Caledonia Dreaming. La nuova drammaturgia scozzese (2001, with M. Cavecchi and M. Rose), Shakespeare Graffiti, Il Cigno di Avon nella cultura di massa, a (2002, with M. Cavecchi) and Conflict Zones: Actions Languages Mediations (2004, with C. Dente). 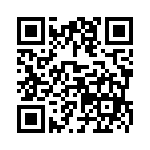