I like this book a lot, probably because I appreciate his main subject. However, he is not critical enough about his own hermeneutic framework and tends to ramble on. Regardless, I think it is well ... Teljes értékelés elolvasása

Rick Nañez has (MA, Luther Rice Seminary) and has done doctoral work at Trinity Evangelical Seminary in Newburg, Indiana. In twenty years of pastoral service, he has ministered in a suburban, a Native-American, and an African-American Church. He has held credentials with the Assemblies of God since 1987, and has traveled to twenty-eight countries. He has taught on the importance of the 'life of the mind' on four continents and is currently an appointed missionary to Quito, Ecuador. He has been married to Renee for nineteen years and they have two boys, Joseph and Christopher. 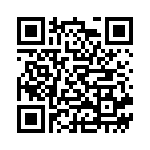