254. oldal
Yet the attraction of the southern desert , the Rub al Khali , magnetised travellers such as Thomas , who wrote in 1932 : ' The virgin Rub ' al Khali , the Great Southern Desert ! To have laboured in Arabia is to have tasted inevitably ...
276. oldal
After a year of its bucolic fastness , he wrote that ' Nothing can equal the profound , the unmeasurable , the awful dulness of this place , in the which I lie dead and buried , in hopes of a joyful resurrection in the year 1796 ' .
529. oldal
Neither attracted the English public , and in terms of sales Lawson was less successful than his young protÕgÕe , Miles Franklin , for whose My Brilliant Career he wrote a generous preface . Despite all his own difficulties he had kept ... 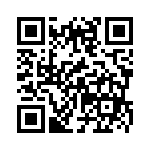