. oldal
His Holiness' visit to the United Kingdom took place at the request of the Tibet
House Trust, UK. At the invitation of the Archbishop of Canterbury, His Holiness
also delivered the 10th Lambeth Interfaith Lecture Towards a Peaceful World, "
The ...
40. oldal
In fact I used to tell people, including Tibetans, that perhaps one of the greatest
exemplary figures in Tibetan history, whose life embodies the true practice of
Tibetan Buddhism, was the great meditator Milarepa. Yet if someone had
searched ...
168. oldal
The Library of Tibet, Way to Freedom, Thorsons, London, 1995 The Library of
Tibet, Awakening Mind, Lightening ... The Precious Garland and the Song of the
Four Mindfulnesses, (translated by Jeffrey Hopkins), Wisdom of Tibet Series 2, ...

Basically this is an explanation of the principles of Tibetan Buddhism, using the Eight Verses on Transforming the Mind (Lo Jong tradition) by 11th-century teacher Langri Thangpa as a base. Appendix ... Teljes ťrtťkelťs elolvasŠsa

Another addition to the growing list of titles by the Dalai Lama, this book is a transcription of three days of teachings in May 1999 in London. The focus is on The Eight Verses on Transforming the ... Teljes ťrtťkelťs elolvasŠsa

The exiled 14th Dalai Lama was born on July 6, 1935 to a peasant family living in a former Tibetan village. He was recognized as the reincarnation of the previous spiritual leader of his nation at the age of two and enthroned on February 22, 1940. In 1959 he and 100,000 followers fled the country following a failed revolt against the Communist Chinese forces that had occupied Tibet for almost a decade. Since that time, the Dalai Lama has met with numerous world leaders and U. N. officials in a tireless effort to free his country and preserve the traditional Tibetan way of life. He received the Nobel Peace Prize in 1989 and has been awarded honorary citizenships by many international cities and countries, as well as multiple honorary degrees and human rights awards. In 2007 the Dalai Lama received the United States Congressional Gold Medal. He has written many books and lectures around the world. 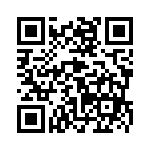