104. oldal
For me , although I only reached a height of a few feet , it was particularly memorable , because it was the first time I had ever flown in anything . This , I felt , made me akin to Wilbur and Orville , and the Australian , J. R. ...
174. oldal
A thicket of bamboo had appeared ten feet below us in the gully bottom , and as we climbed between high rocks the bamboo increased and the sound of water became louder . We were driven by the desire to throw ourselves into cool , clear ...
250. oldal
Here we go , I thought , as a pale ascetic - faced man rose to his feet . " Would I be correct in thinking , " he said in a didactic voice , " that the chain of control in Scotland differs slightly from ours ? 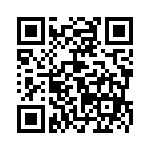