57. oldal
Then I saw the bull - standing between two thorn - bushes at the foot of the hill , with head raised , nose thrust well up , sniffing suspiciously at the air . Even at that range , some hundred yards or so , he seemed truly gigantic ...
146. oldal
Then he would fly down to circle the head of the one who had opened an eye first , and alight on his chest , in greeting , before returning to his perch to wait until all of us were up and about . Noises about the house , such as the ...
276. oldal
For a moment she held his gaze , and then , as if it blinded her , she allowed her head to rest upon his chest , pressing her cheek against the hard , cool links of the old - fashioned watch - chain that was always looped across it . 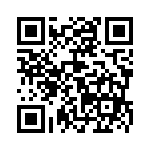