62. oldal
A few minutes Malay can rest on shore . later we dropped anchor opposite the Shortly after noon the sultan received palace , in the main street , some two hun . the admiral and the rest of us in audience . dred yards wide .
66. oldal
For revenge , and I find him here , So , the songs of yesterday Silent and sightless , at rest , How can I remember , sir ? Escaped , when I marked him mine own : And besides , last night the birds The dagger was keen that cleft his ...
278. oldal
Hutton happily compares the ing the bases more solidly and securely . method in which Goethe's mind worked in “ I have so much to make up and assimimaking this discovery with the method by late , ” he wrote , “ that I see no rest before ... 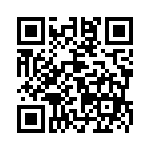