360. oldal
the car lights . All that could be seen was road dust swirling in spirals as though it
had just been whipped up by a sudden wind . When we moved forward again I
kept the beam trained ahead , until we entered a small glade . Then the light ...
481. oldal
For six hours we had bumped across the djole , a stone wilderness , a limestone
steppe five thousand feet high , an immensity of light and infinite distances , tilted
under the blue - white sky , paling at the horizons where , eastwards , cloud ...
482. oldal
I was sore gulf upon which we gazed in the and tired from the bumping and
failing light . The upper part of jolting ; the cab of the truck was the cliff facing us
still held the red uncomfortable , with room for three , light of the day ; but below ,
the so ... 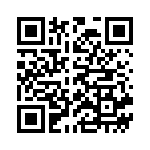