Chung-Shu Ch'ien was born into a prominent literary family in Wuhsi, Kiangsu Province, in November of 1910. His father, Ch'ien Chi was a respected literary historian and professor. As a youth Ch'ien Chung-shu was blessed with a photographic memory and a great talent for writing Chinese prose and poetry. He also learned foreign languages quickly and excelled in English at the high schools that were affiliated with St. John's University that he attended in Soochow and Wuhsi. Ch'ien Chung-shu went to Tsinghua University and reportedly held himself aloof from his classmates, thereby earning a reputation for arrogance. However, he did meet his future wife, Yang Chiang, there. After graduating in 1933, he taught at Kuang-hua University in Shanghai and then two years later won a scholarship to Oxford University to study English literature. After earning his B. Lit. degree in 1937, he spent a year in Paris. When Ch'ien Chung-shu returned to China in 1938, the Sino-Japanese War had already begun. He took a position inland at a university in Kunming, Yunnan Province, and then went on to teach at a number of other places. After the Communist victory in 1949, he returned to Peking to teach at his alma mater. Later he transferred to the Academy of Sciences, where he has been ever since, researching foreign and Chinese literature. His Fortress Besieged (1947) has been called one of the greatest novels produced in modern China, and it has been translated into many languages and made into a serialized television series. In the preface to his novel he stated that in writing about his characters that he did not forget they are human beings, still human beings with the basic nature of hairless, two-legged animals. It is a comic novel, but behind the humor there is always a barb. Ch'ien began another novel, which he felt was going to be even better than Fortress, but the manuscript was lost in the mail during his move back to Peking in 1949 and he never resumed work on it. In recent years Ch'ien has focused on scholarly work in Chinese literature, and he has taken trips abroad to Italy and the United States.

Ronald C. Egan is Professor of Sinology in the Department of East Asian Languages and Cultures at Stanford University. 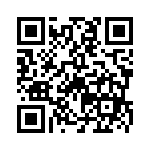